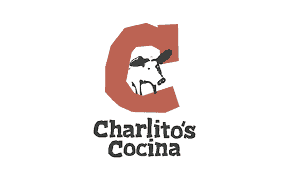 Charlito’s Cocina began in 2011, inspired by a desire to preserve the food preservation tradition of curing, as well as the goal of making high quality cured foods more accessible. Specializing in dry cured salami, their products are simple and made with the best ingredients with a technique that has survived and evolved through generations. Their goods are influenced by the curing traditions of Southern Europe, particularly Spain. That said, they pride themselves on being part of the diverse landscape of American food producers, with their identity rooted in the diversity and melting pot of their hometown- Queens, New York City.

Who Are They? They are a small producer of hand crafted cured meats made from sustainable raw materials, based in New York City. Their intention is to preserve gastronomic tradition and to help integrate it into the time in which we live. All products are made by hand, slowly, in small batches. The ingredient lists are short and understandable. You will never finds vague words like “spices” or “flavorings” or “natural flavors” on the labels. They believe that you have a right to know what you’re eating, and that they have a responsibility to tell you!