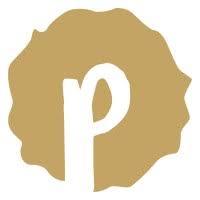 The inspiration for Popinsanity Popcorn came from combining three key “kernels”: an unused popcorn machine, a craving for sweets, and a desire to shake up the premium snack market with flavors that pop! It started when “foodie” & chef Jacob Goldenthal was set to open his café. When issues with location halted the opening, he was forced to return all the unused equipment to their respective vendors, however, the popcorn machine vendor was firm on his no return policy which left him with a popcorn machine for months. He decided to set up “pop” at his daughter’s party. From there the demand grew, and Jacob soon realized the popcorn machine he planned to put up for sale wasn’t going anywhere. He began testing the flavors and after months of trial & error the popcorn became an “in-the-know” secret among those in his circles—and ultimately caught the attention of Aaron Zutler, a fellow musician and sales & marketing executive. Aaron began building the infrastructure and presenting it to buyers and decision-makers, allowing Jacob to focus on product development.

Popinsanity products are non-dairy, non-GMO kernels, and kosher certified. In 2018, Popinsanity gained national exposure when Oprah chose us as her favorite popcorn. As they say, The rest is history Enjoy!