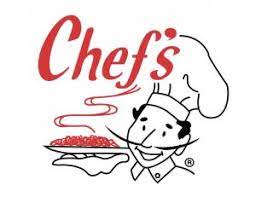 Chef’s Restaurant in Buffalo NY, opened at its current site on the corner of Seneca and Chicago Streets back in 1923. This was Lou Billittier’s childhood neighborhood. In 1941 Lou was hired to wash dishes by then owners Gino Silverstrini and Lee Federconi. Lou worked his way up to busboy, then waiter, eventually earning the title of restaurant manager.

By 1950, Lou was half-owner of Chef’s, and in 1954 he became sole owner, with financial assistance from his dad, Anthony Billittier. In the early days Chef’s had a limited menu of Spaghetti, Ravioli, Chicken and Veal Cacciatora. Lou has since expanded his menu to feature items ranging from Chef’s famous Spaghetti Parmesan to lighter items such as Pasta Broccoli.

A second dining room was added in 1966, followed by another addition three years later. Today Chef’s Restaurant dining capacity is 325, while the beautiful Lou Ann Banquet Room accommodates groups of up to 125 people. For more than 50 years Chef’s has been satisfying the appetites and delighting the palates of countless lunch and dinner patrons.

The guiding light of this establishment, the late Lou Billittier, along with his daughter Mary Beth and son Louis John, always believed in running the business by being there every day to carefully supervise the food preparation and service. The basic history of Chef’s Restaurant comes down to a happy story of a local boy who made good in his hometown. Chef’s has always been a place…

“Where Family and Friends Meet to Eat.”